2021: Building an organization to last 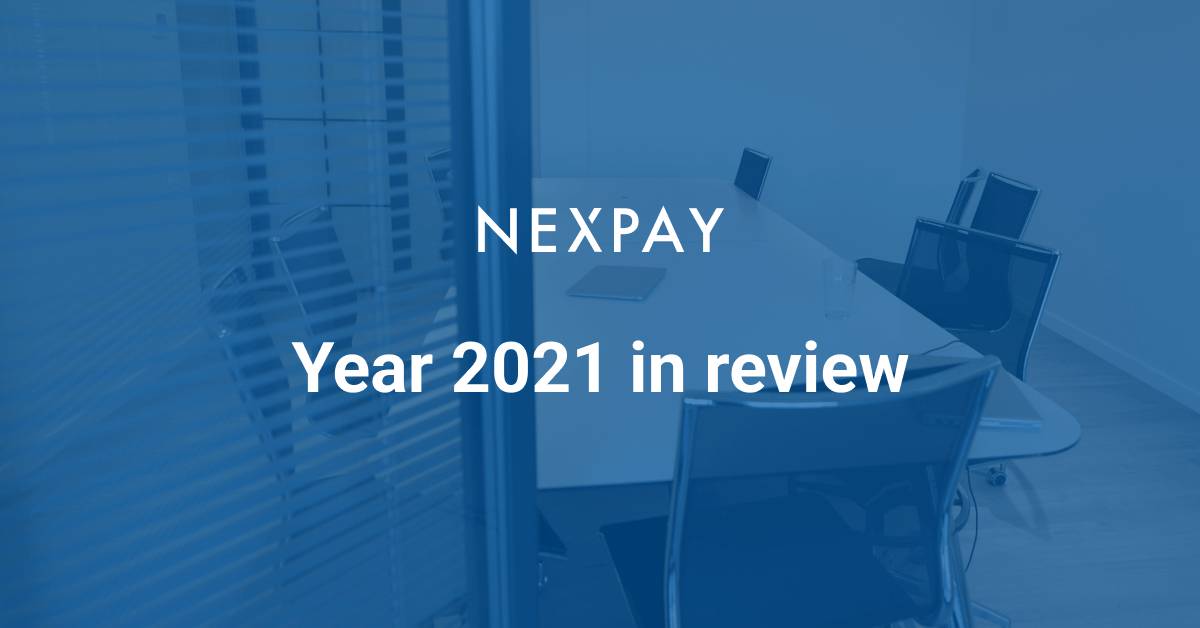 As is tradition, albeit not a very long tradition, I am making a blog post to reflect on what the Nexpay team achieved in 2021, how the world around us made an impact on our work, and what we expect to achieve in 2022. The last year was a period of sustainable growth and maturity for our organization. Even though we grew a lot and achieved many new milestones, the overall feeling is that there is still a lot to work on both in terms of improving the existing services, as well as pursuing new opportunities. In every way, last year was a clear signal that there is a significant demand for the services we provide, and that there is ample room to continue scaling and help serve the ever-growing number of existing and potential clients.

The digital assets industry began 2021 on very strong footing thanks to the massive growth in the price of Bitcoin. This trend started already in the second half of 2020 and reached new, all-time highs, topping out just shy of $70k per BTC in August of 2021. Imagine someone besides the most devoted zealots predicting such a price shortly after the fall from the 2017 all-time-high of $20k!

The one thing that people learn as they live through the cycles of Bitcoin is that the cycles move in magnitudes. Whatever you thought was the norm in one cycle will likely be completely shattered on the next one. And 2021 was no exception.

In fact, 2021 was the year when Bitcoin adoption could no longer be characterized by listing significant companies or individuals who started using or were advocating the cryptocurrency. The list would be too long. But I would like to single out one story, and that is El Salvador implementing a Bitcoin standard and announcing BTC as legal tender there.

One might say desperate times call for desperate measures. Another will say that the president of El Salvador, Nayib Bukele, is a visionary and will earn global recognition and respect for his leadership. Only time will tell how it will turn out. There are many strong powers in the world who want to see El Salvador fail. Others will point out the country’s record on governance outside of the economy. But one thing is certain. This milestone, the first time a country fully endorses Bitcoin as its national currency, redefines what we can expect to consider to be mass adoption. While no other country made the same move, several South American countries as well as some states in the US are also still strongly considering following the lead.

Perhaps not on a national scale, but punching as strong as entire countries, the mayors of Miami and New York also heavily publicized their affinity towards Bitcoin, introducing reform to attract the digital assets industry to their cities and even making claims about receiving their own salaries in Bitcoin. Both want to become the Bitcoin capital of the world, if they are able to compete with the future Bitcoin City in El Salvador.

Another well publicized use-case for the Bitcoin publicity push of 2021 was that some of the biggest US professional sports franchises - such as the Dallas Mavericks, the Miami Dolphins, the Oakland Athletics and others - started accepting Bitcoin for ticket purchases and merchandising. At the same time, some of the professional athletes announced that they would be accepting partnership payments in cryptocurrencies.

These trends clearly favor the growth of Nexpay’s business, and allow a wider range of companies to benefit from the services we provide. The industry has been almost mathematically cyclical and there is no reason to believe that this trend will be broken. So hold onto your hats in 2022, as chances are that we will enter a bear market before year end. 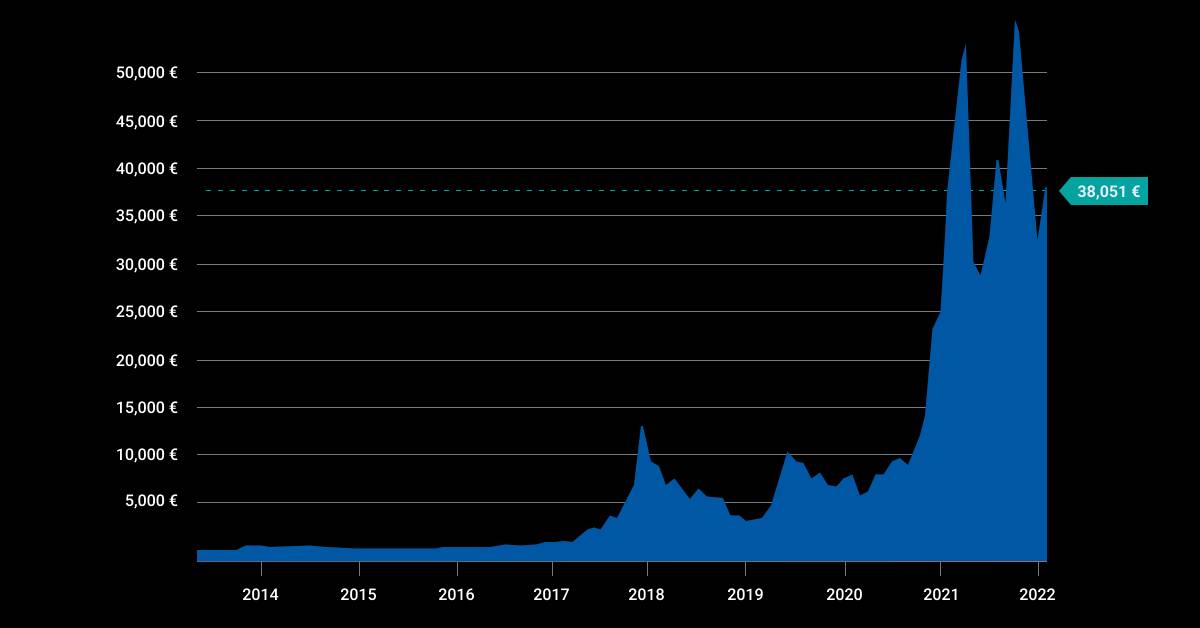 However, it is safe to say that the lows of the bear market will be above or near the previous all-time high of 2017, which seemed an unimaginably high number back then. And you should be calmed not only by the price level. Each cycle brings magnitudes more users and investors in the industry, which means that in terms of business output, I expect that the bear market will bring 1-2 years of flat growth instead of a downturn. We are all going to make it.

What the Nexpay team achieved in 2021

2021 was a year of significant growth and maturity for our business as we transitioned into the scaleup phase of our organization, reflected not only in the revenue, but also in the company’s headcount. We started the year with a team of 20 and by Christmas we had almost reached 50! This brought a multitude of new and important roles that did not exist in our company before, including several key hires in management. Our priority when it comes to hiring has been to create a sustainable business run by a driven and daring team of ten different nationalities. 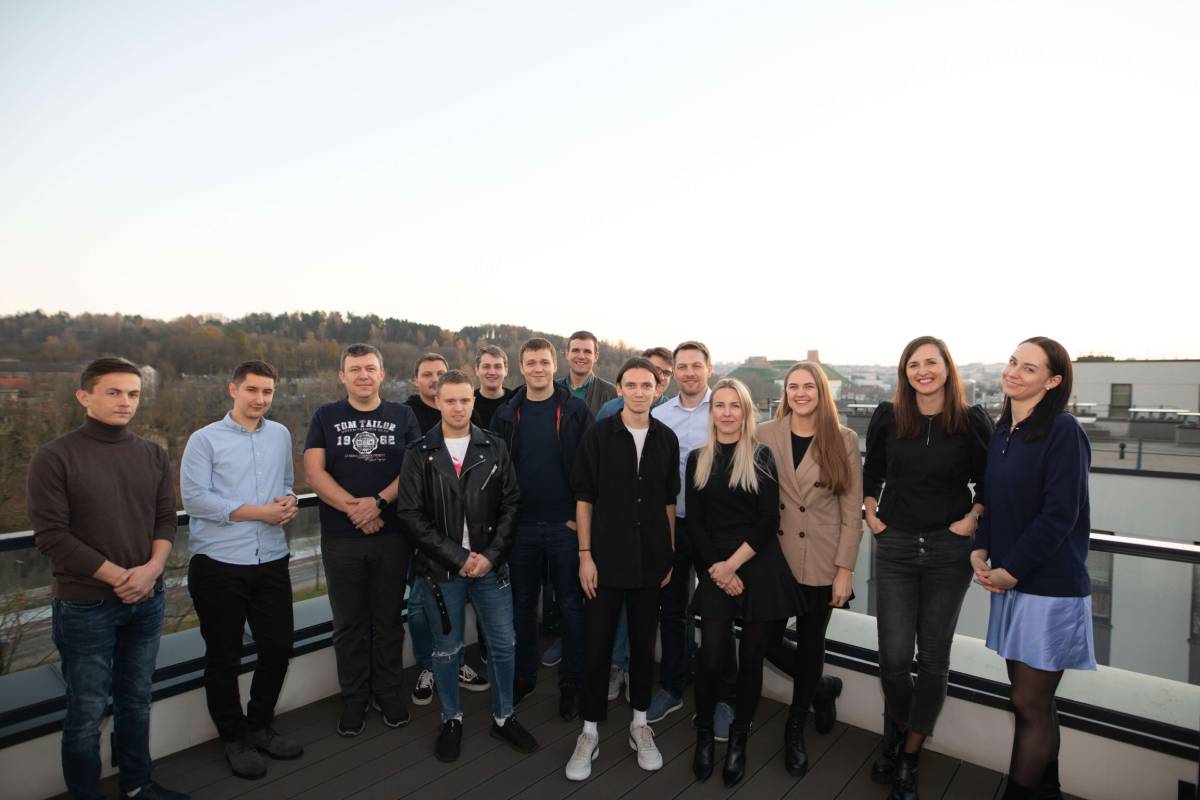 We grew our revenue by a factor of three compared to 2020 and managed to achieve this growth with our own cash flow. We processed around €3 billion worth of payment transactions, which is three times more than all previous years combined. These numbers allowed us to break into the list of the top-six biggest EMIs in Lithuania, where there are almost 90 such companies. This is no small feat, considering that in this list we are including global fintech giants Revolut and one of Lithuania’s earliest fintech pioneers, Paysera. We have established a solid presence in the Baltic countries, where we have our offices and have built recognition within the digital assets industry as a trusted and reliable partner for over 400 businesses all over Europe.

Another achievement I am particularly proud of is that, together with a friend of mine, Jānis Zeps a customer acquisition and growth consultant and previously the managing director of Pins loyalty system, I started a podcast called The Pursuit of Scrappiness. The podcast began as an attempt to strengthen the ties between the Baltic startup communities and inspire the next generation of founders by exposing them to some of the most successful founders and investors in our region. The podcast has also proven invaluable to strengthen the Nexpay brand as an opinion leader in the Baltic tech industry. Less than a year since launching, I can confidently say we are the leading business and tech podcast in the region with founders of such companies as Bolt, Pipedrive, Printify, Mintos and many others as well as some of the most prominent investors in the region like Change Ventures, Inventure, United Angels VS, Practica as well as angel investor Mikko Silventola. 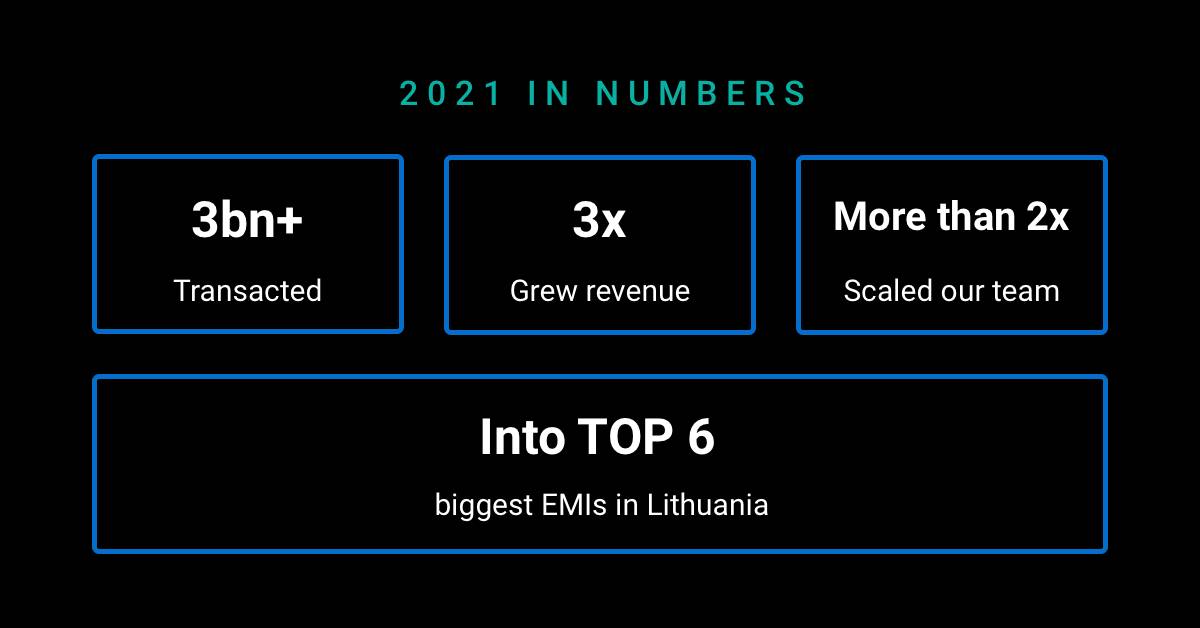 We have achieved a significant level of financial and operational scale that allows us to make more aggressive investments into product development in 2022. In order to make these investments faster and achieve more impact, we will be looking to attract substantial investments in the company equity ourselves.

In terms of product, the priorities remain centered around increasing the range of payment types to SWIFT and SEPA instant payments. We will also continue improvement on the web interface and introducing a web-based crypto OTC brokerage solution with the help of our partner Globitex, in order to ensure significantly bigger liquidity and better user experience for our business clients.

We are also looking to double the size of the team once again, an important challenge as the Baltic labor markets continue to overheat. One of the positive side-effects of the pandemic is that the labor market has become a lot more flexible and the geography for making hires is increasingly a marginal factor.

Finally, digital assets is not the only industry that lacks reliable financial services, thus one of our goals in 2022 is to enter new industries that can benefit from our platform.

To conclude, the cryptocurrency industry might need to brace for some uncertain times in the next few years. But hard times seldom last long, even in the most unpredictable of markets. With the foothold we have already achieved in the digital payments industry, we are as determined as ever to continue growing our positions both with crypto related businesses, as well as with other industries in need of a reliable digital payments partner.

Why is Nexpay the best business bank account for digital businesses?

We want to give more insight into how the Nexpay platform works, to help new users better navigate our corporate banking features. Since there have been a lot of changes in our platform in 2022, this article might also be useful to our existing clients to discover new features.

How to choose a business bank account for your digital business?

If you are looking to open a business account online, we have prepared a checklist of the things worth looking for in a corporate bank account to make it easier for you to compare several banking providers, and choose the best business account for you.

We use cookies to improve your experience and analyse site's usage. By using our site, you consent to cookies.