3 ways to maintain your perspective in crypto winter 3 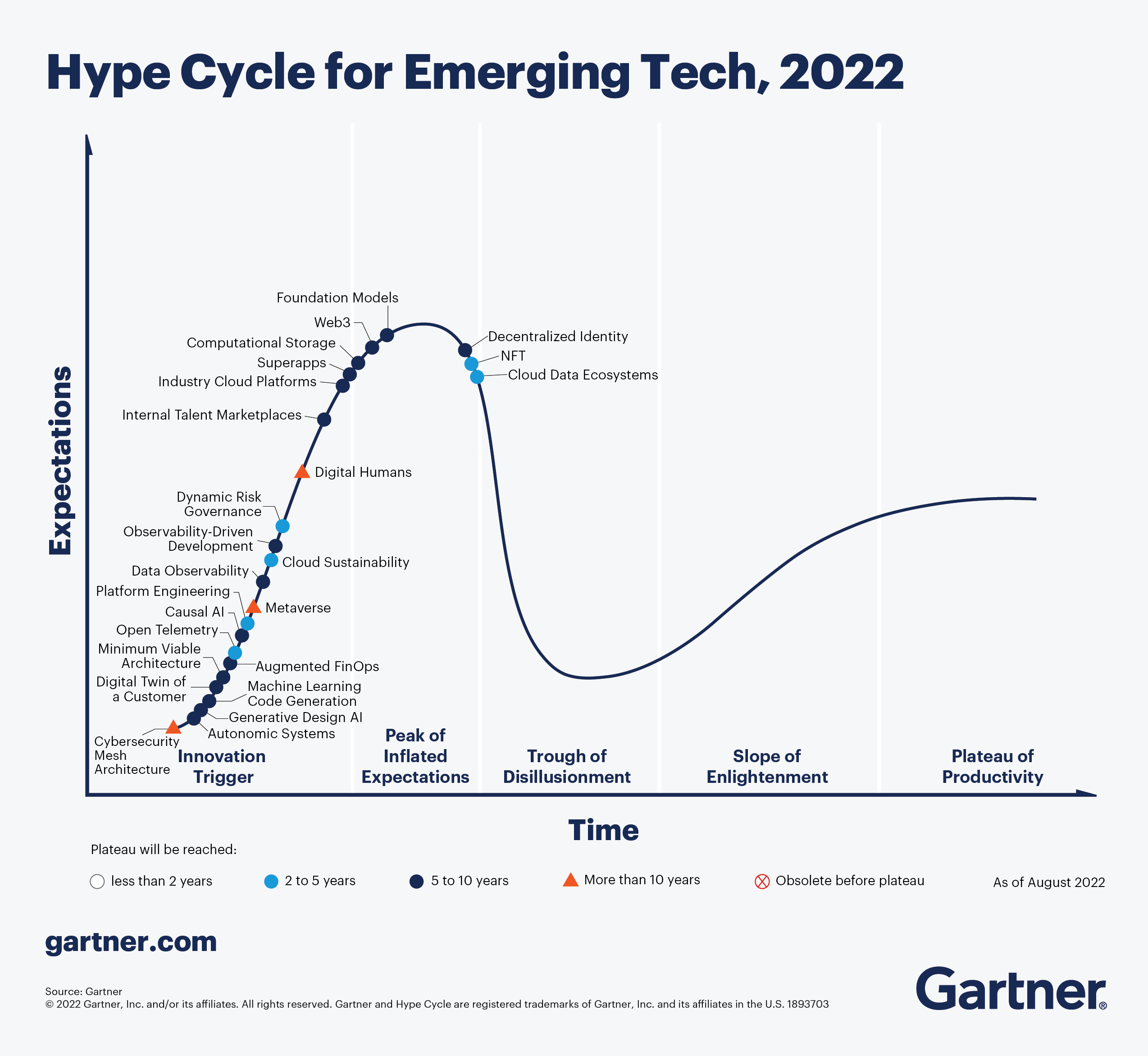 Advocates of new technologies often like to think they exist outside the usual rules and trends of business.

There are plenty of signposts for how this usually works out. The most famous is the “hype cycle” from tech high priests, Gartner. In the cycle, a new tech emerges, sounds exciting and gets hyped out of sight until it reaches “the peak of inflated expectations”. In crypto terms that would be about Q4 2021. From there on it’s a rapid descent to the bottom of the trough of disillusionment before meaningful applications take hold and progress up the slope of enlightenment leads to the plateau of productivity.

In it for the long term

It’s fair to say that the intensity of these waves has been hair-raising for anyone holding cryptos. Nevertheless, in each case the peaks and troughs have been higher - which is actually the definition of a bull market.

Right now, the dramatic business-as-usual crypto cycle is coinciding with a global crisis. It would not be a surprise, then, if the current down-cycle lasts longer and is even more erratic than we’ve seen before.

But there are already signs that the smart money in financial services is looking through the turmoil, towards a long-term crypto future. Just recently, to take a few of many possible examples, Visa has said it is rolling out crypto debit cards in 40 countries and Mastercard says it is working to “turn cryptocurrencies into an everyday way to pay.”

And the leading fintechs are taking a similar view. Again, just looking at some recent announcements, Plaid has just launched a crypto wallet as its first web3 product and N26 now includes a crypto trading product.

The recent announcement of the bankruptcy of the crypto exchange FTX has sent shockwaves through the cryptocurrency markets. In the long term this will only have positive effects on the development of the market and crypto adoption. This event only illustrates that we need to decrease the possibility of any bad actor taking advantage of crypto users, in order for all the market players to have trust in the market. To minimize the possibility that events like this will repeat, we need greater transparency and regulation for crypto markets. Similarly, as the Enron scandal resulted in increased regulation for the reporting of public companies, I think that the outcome of FTX bankruptcy will be a driver for increased regulation of the largest crypto players.

If the long-term view is the smartest response, what are the three most important things those aiming to be the winners should be thinking about doing right now?

The world probably had more than enough crypto bragging in the years that led up to a near $70k bitcoin price and the Bored Ape Yacht Club.

No matter if your crypto project is one of a very few shining examples of sustainability (and a sustainable business to boot) now is not the time to be crowing.

Instead, revert to solid business language that focuses on ROI, user benefits, marketing differentiation, and the rest.

2. Go back to blockchain basics

Most serious observers still believe that blockchain is a fundamentally disruptive technology. It offers significant user benefits in terms of transparency, automation (via smart contracts), and immutability, among others. Even NFTs, which have been widely ridiculed, have important benefits when used for tokenization. They enable greater access to illiquid assets, such as housing, for example.

Focus on what it is about blockchain technology that enables your project to do what it does.

After the dot.com crash, in the noughties, investment emphasis switched from building scale, regardless of profitability, to a focus on leveraging the internet to build businesses that were more efficient than their offline counterparts.

That’s the key task for web3 business owners today: how do you make your business more efficient and easier to use? As with web2, the answer was streamline, automate and “don’t build everything yourself”. Instead, assemble the business components you need from third party service providers in the cloud.

Build (as opposed to buy) dev strategies looked fine and dandy even 12 months ago, when large quantities of equity funding were relatively easy to obtain. Under those conditions, crypto startups were inclined to build in-house because they could afford to. But the same third-party services approach that ushered in web2 is also available for web3 startups and established players today. They can assemble services such as crypto payments and exchange, for example, from third parties for instant deployment without the headaches that inevitably come with in-house development.

Gartner’s latest hype cycle for emerging tech (Aug 22 - see diagram) shows NFTs have already peaked and web3 is about to do the same. But do not mistake short-term decline for irrelevance. It is a necessary part of the cycle leading to mainstream adoption.

3 ways to maintain your perspective in crypto winter 3

A blog article by our CEO Uldis Teraudkalns. He writes about the current (3rd) crypto winter and offers 3 tips to maintain perspective during it.

We have summarized some of the most popular questions we receive, so you could look up an answer faster! If you don't find an answer, please send an email to [email protected]

There is some important information, which you need to submit, in order to open a business account with Nexpay. In order to make the signup process faster, and to allow the gathering of all information before starting the signup, we have summarized the main needed information in this blog article.

We use cookies to improve your experience and analyse site's usage. By using our site, you consent to cookies.